The 7 Best NBA Uniforms Ever – Argue At Your Perril

There’s always time to debate answerless questions of the NBA, like exactly how many guys posterized Shawn Bradley? How long until the Bulls retire Kirk Heinrich’s jersey? And what were the best NBA uniforms ever?

Okay, so a few of them are answerable… but the jersey question is up for debate.

I’m happy to answer that tricky question today. Consider this the definitive ranking of the top NBA jerseys of all time.

Here are a few NBA jerseys that I love but didn’t quite make the cut. 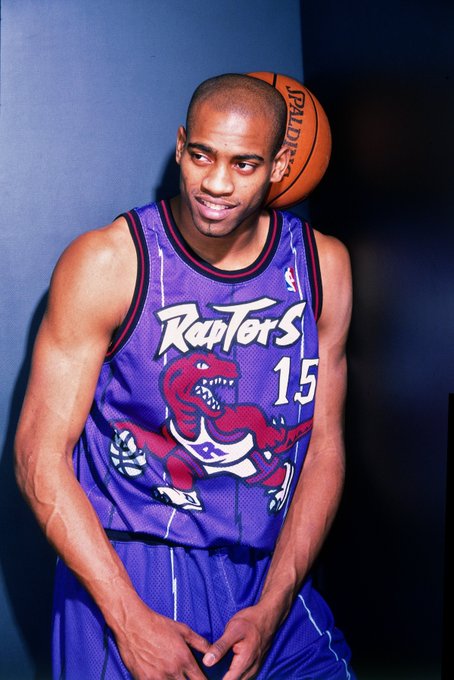 Yes, this is the single most fabulous NBA jersey ever. Some people consider this jersey to be ugly and vulgar; these people are wrong. Vince Carter throwing down a ferocious dunk while wearing one of these bad boys is peak NBA folks.

If we didn’t have that, what fond memories of the late 90s NBA would we have? It was the perfect uniform for an expansion team. Loud, creative, fun, and the height of Jurassic Park popularity.

The jersey alone made people root for the Raptors.

I couldn’t be happier that the Raptors are breaking out the Dino jersey again in the 2010s. 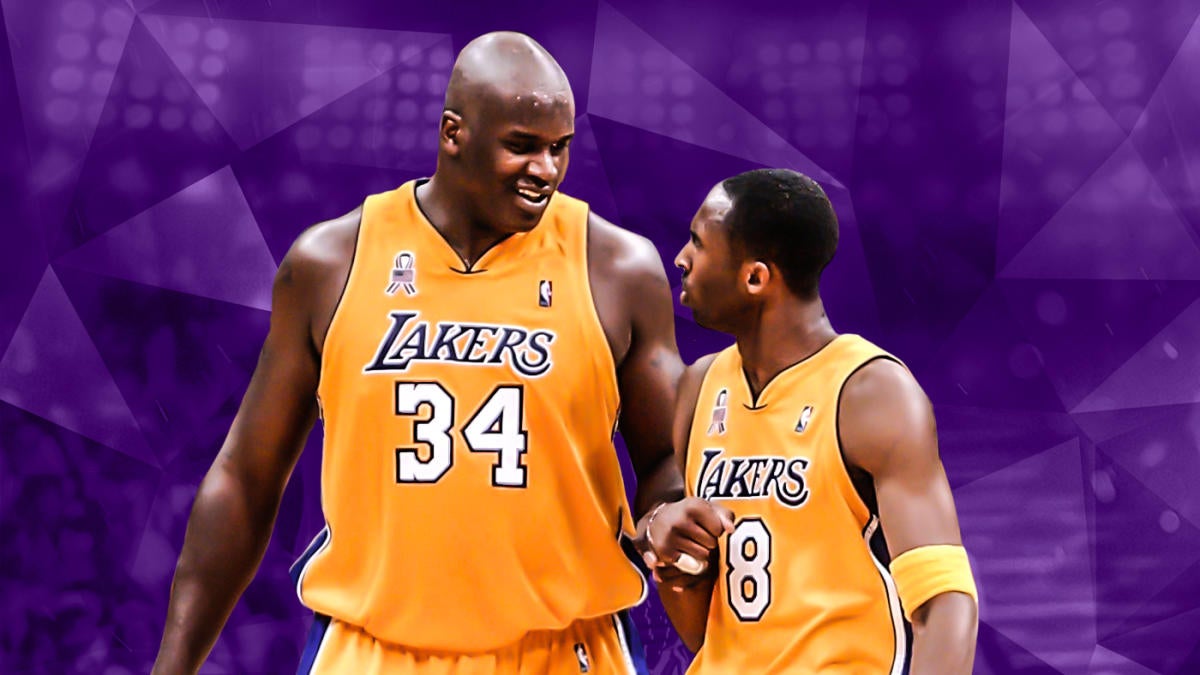 Look, I don’t like the Lakers either, but facts are facts. Kareem, Wilt, Magic, Shaq, Kobe, LeBron. All such towering NBA legends that they’re on a first-name basis with NBA fans.

They also all played for the purple and gold.

The Lakers’ jersey is the single most recognizable uniform not only in the NBA but potentially all of sports. It has to be included as one of the greatest NBA uniforms ever.

The purple and gold are iconic.

With a few minor variations, the Lakers jersey has mostly been the same since 1966. Yes, that continuity adds to the aura of the uniform for the most storied franchise in the NBA.

And importantly, let’s not forget that the Lakers had the most excellent throwback jersey night of all time, in 2007, when Kobe and company wore the new jerseys with the old school booty shorts IN A GAME.

The Lakers jersey is without a doubt one of the best NBA uniforms ever.

Some jerseys are capable of perfectly encapsulating the city’s who’s name it claims, and the Miami Heat Vice jersey makes me want to head down to the beachfront club and do some nasty stuff.

It might just be an alternate jersey, but there is no better example of the city and jersey meshing together than this. With the florescent pink and turquoise numbers and outlines, the jersey screams MIAMI!

It would look perfect in Scarface or GTA: Vice City.

That Dwayne Wade, the most significant Heat of all-time wore the jersey makes it all the better. I was tempted to go with the stormtrooper Heatles jersey here, but in the end, you just can’t beat the Vice jersey as one of the best NBA uniforms ever.

Your dad’s favorite NBA jersey. The jersey that gives you +2 attribute on backboard shots.

Like the team, this uniform is no-nonsense, no-frills, and fundamentally sound.

The black and silver provide a classic color scheme. The “U” in “Spurs” doubling as an actual horse spur adds just enough creativity to keep the jersey from being boring and dull.

The only things this jersey is truly missing is an HEB advert. 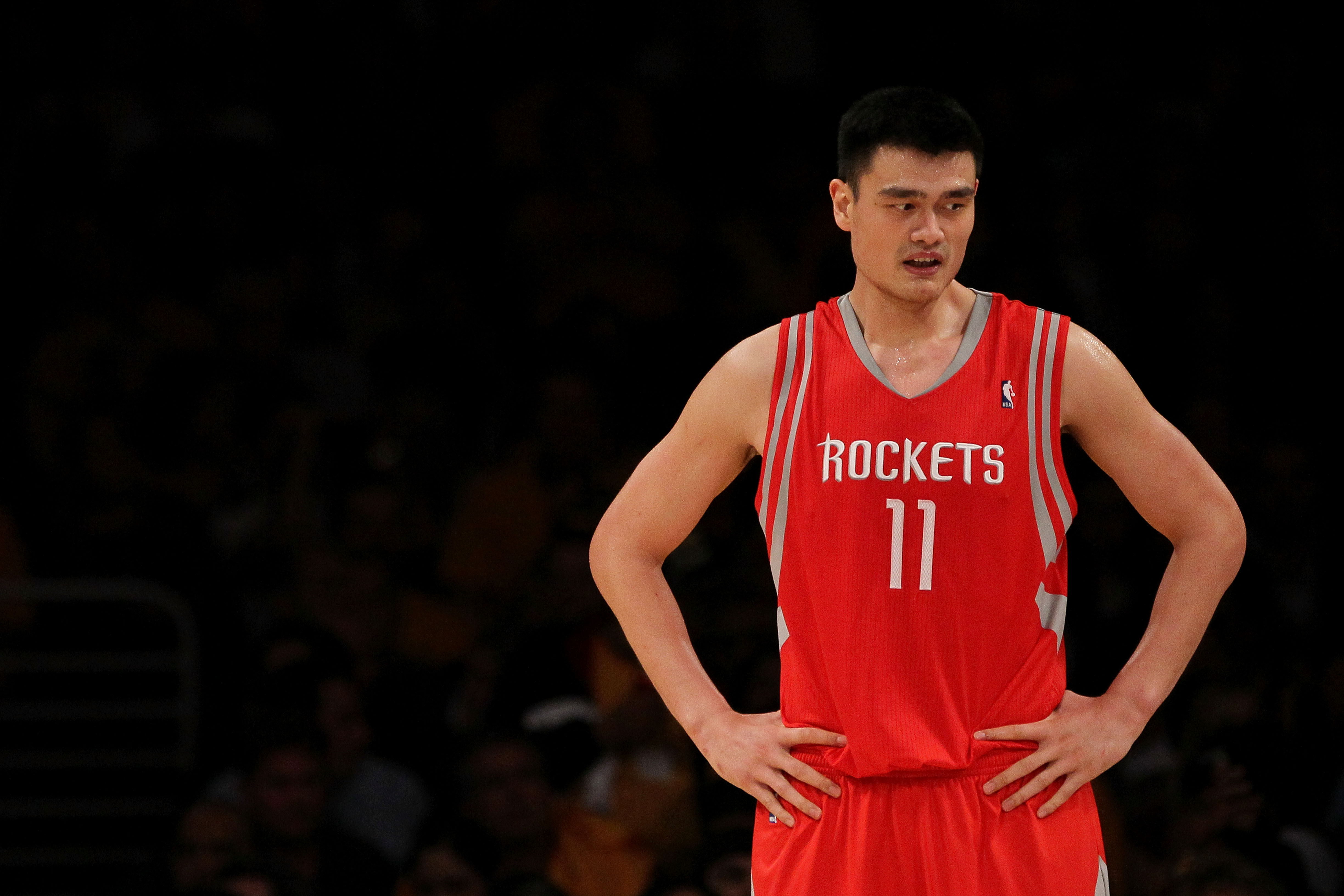 The jersey that made T-Mac, Yao, and Harden superstars. This is one of the best current NBA jerseys.

A great example of a fresh, minimalistic jersey. The red and grey color scheme works together perfectly.

The swooping shapes on the arm sleeves and shorts really invoke images of a rocket, paying homage to the home of NASA and the Johnson Space Center in Houston.

The jersey underwent a small revision in the past few years, opting to go with a deeper red color, but the bulk of the jersey is the same.

We also appreciate the willingness of the Rocket’s organization to include meaningful alternate jerseys, such as the version with Chinese lettering as a tribute to Yao Ming.

The best uniform out of the 80s. I’m a sucker for the uniforms with a continuous design throughout the entire uniform, and the 80s Hawks jerseys might be the best example of that.

In this era, plenty of teams had similar jerseys, with the team name across the top in oversized letters. It is the swoop, and off-kilter team name makes the 80s Hawks jersey stand out among them and gives us one of the best NBA uniforms ever. For this uniform, true beauty is in the details. It looks equally good in all three color versions: blue, white, and black.

Where the sleeve and neck outlines of most jerseys are one solid color; the border of the KG TWolves jersey is representative of pine trees, a nod to the forests of Minnesota.

The jersey even manages to make what can only be described as a Halloween inspired letter and number font work well.

Agree with our list of the best NBA uniforms ever? If not, let us know what we’ve missed from the list.

If you can convince me your choice is worthy, I’ll add it to the list.

Next post: The Ten Best NBA Players of the 80s